The Strauss’s on the Titanic 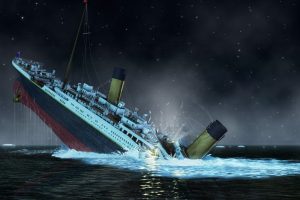 In October, I had the chance to visit the Titanic Museum in Cobh, Ireland while I spent the month with my family in Ireland and Scotland. It was an epic trip, and visiting the museum was a highlight, especially since I wrote about two of its passengers in my latest novella, Reagan’s Reward.

Isador Strauss was an American Jewish businessman, politician and co-owner of Macy’s department store with his brother Nathan. Born in Bavaria, he immigrated to America when he was nine, served in the Civil War, moved to New York City in 1888, where he and Nathan Straus became partners of Macy’s and eventually took full ownership in 1896.

After spending the winter in Europe, Isidor and his wife were passengers on the RMS Titanic when, on April 14, 1912, it hit an iceberg. Once it was clear the Titanic was sinking, Ida refused to leave Isidor and would not get into a lifeboat without him. Ida is reported to have said, “I will not be separated from my husband. As we have lived, so will we die, together.” A touching tribute to a deep and abiding love, to be sure.

Here’s an excerpt from Reagan’s Reward about the Strausses:

Mrs. Bernheim picked up her teacup. “Did you know that the owners of one of the twin cottages, the Strausses, are your great-aunt and -uncle?”

Jacob shook his head. “No. Never met them. Will we meet them this summer?”

“They’re very busy people and only come here a few times each summer rather than staying the whole season, so we rarely see them.” Mrs. Bernheim paused, her shoulders slumping. Then she addressed Reagan. “I fear we may not see him at all this summer. Nathan Strauss accompanied his brother, Isador, and his wife, Ida, to visit Palestine earlier this year. Uncle Nathan returned early, but Isador and Ida died on the Titanic in April. So sad.”

Stifling a gasp, Reagan patted her lips with her napkin. “I remember hearing about that

famous ship going down in the icy-cold water. Such a tragic accident.”

Jacob turned to his aunt. “I’m glad Papa and Mamma weren’t on it. They took a ship to

Mrs. Bernheim leaned over and squeezed Jacob’s hand. “Yes, but we got a telegram telling us they are safely there, remember?”

Mrs. Bernheim continued to enlighten Reagan, warming her with the way she addressed her as though they were equals. “While Mr. Strauss was in Palestine, he established a domestic science school for girls, a health bureau, and a free public kitchen. He even funded the Nathan and Lina Strauss Health Centers in Jerusalem and Tel Aviv. Most interesting of all, Uncle Nathan believed that God spared him, so he is giving two-thirds of his fortune to help Palestine. An amazing man, to be sure.”

Check out Reagan’s Reward to hear more about this story and enjoy a journey into the past filled with fascinating history.