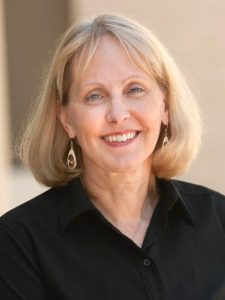 Dr. Sandra Glahn is a professor at Dallas Theological Seminary. She is the author or coauthor of more than twenty books, including Vindicating the Vixens: Revisiting Sexualized, Marginalized, and Vilified Women of the Bible (Kregel Academic). Her areas of study are first-century backgrounds, women in public ministry, arts and culture, and sexual ethics.

Years ago, I teamed up with a theologically-trained medical doctor to collaborate on a male/female-authored book on marital intimacy, Sexual Intimacy in Marriage (Kregel). At the time, the best-known Christian books on the market about sex were written only by males, and they lacked some essential research about women—not to mention a female perspective. We have re-republished several editions of the book since that first release—especially considering that the internet has changed access to pornography, and couples are waiting longer to marry.

What inspired you to write a fourth edition of Sexual Intimacy in Marriage?

Initially, we felt the female part of the marriage equation was missing. Since the last edition, my dear physician-coauthor suddenly passed away from a heart-related condition. So this time around, we’ve included a new chapter from a marriage therapist specializing in sexual addiction. We also take into account that the U.S. Supreme Court has redefined marriage, and we incorporate new research. We also talk more about same-sex attraction and its effect on heterosexual marriage.

Sexual Intimacy in Marriage is a physician/theologian, male/female look at God’s beautiful design for marital intimacy—which certainly includes sex but also takes into account the marriage relationship and the context in which sex is most likely to thrive. The book includes sex through the life cycle, exploring the changes humans undergo as they age and how these changes affect their intimate lives.

Although I have written four novels, all in the medical suspense category, my primary focus is non-fiction. Lately, I have especially concentrated on the intersection of the Bible/theology on topics relating to sex and gender. So often the tone of such conversations (on both sides of the debates) has been vitriolic, and I’m hoping to help readers converse more winsomely.

I can’t not write. I love getting lost in the zone of ideas. As soon as I could hold a fat pencil over dotted lines, I started writing. And all these decades later, I’m still at it.

I pull a lot of my content from blog posts I’ve written for bible.org on Engage (their blog for women in Christian leadership), where I post twice a month. My academic schedule perfectly complements my writing life; during summers and between semesters, I have nice blocks of days for cranking out content. I do better writing in blocks of time than writing in “snippets. I read somewhere that when most writers get interrupted, it takes twenty-five minutes to get back in “the zone.” I would never even make it to the “zone” if I tried to write for fifteen minutes here or ten minutes there. When I do have those snippets of time, I work on social media. Or I outline where I plan to go or make lists of what research I need to track down. Or I read an article.

During the part of the year when I’m teaching, I may write for an hour per day. But I don’t spend all that time crafting paragraphs that become pages that become chapters. Instead, I’m writing blog posts, reviewing books (often writing summaries of research), and copying answers I wrote to people in emails. All this sits until I can organize it into something larger. Every Sunday when I can, I spend the entire afternoon reading. The information I gather feeds into the blog posts, which feed into the books. Reading is a big part of writing for me.

It’s easy to underestimate how much time I need for thinking and processing. It takes a long time to come up with a great chapter title, for example. I’m told that the table of contents is second only to the cover in influencing a reader to buy a book. But it’s easy to think I can come up with a title in five minutes. Wrong!

If I sit staring out the window, I can look extremely unproductive. But good writing requires that thinking and processing. We tend to think of writing as sitting at a desk and, well, writing. But a lot of writing is thinking. I often tell my students that 90 percent of writing is actually having something worth saying.

I love knowing that I have helped people gain a more generous view of God. So often people have been taught a lot of do’s and don’ts, especially when it comes to sex and gender, including views of women in ministry. Instead of thinking of God as the Creator who loves us and designed us all to thrive, many think of him as a slave master out to steal everyone’s fun. I do love to write, the process of writing. But even better for me is the actual content and its truths transforming the way people think and love and live.

When my husband was in seminary, we housesat/babysat for a family with a sweet kid named Drew Brees. He has gone on to have a pretty decent football career.

One way I’ve changed as a writer is in how I tell stories. I keep the focus on the story much more than I used to. Now when I teach from the Bible, I give the big picture and where the story or verses fit in the whole. I met a woman raised in church who thought the Bible was a book of quotes. I hope no one I’ve taught through the written word would ever go away thinking such a thing.

I love traveling, especially travel to sites connected with the Bible and church history.  Next up: Egypt and Jordan—assuming the Middle East stays stable!

I do. I have a Bible Study series called the Coffee Cup Bible Study series (AMG), with eleven titles. I mentioned the five novels—the most recent of which was Informed Consent (Cook). And I have another Kregel Academic book due out in June: Sanctified Sexuality: Valuing Sex in an Oversexed World. I’m general editor for that along with my colleague Dr. Gary Barnes. In it we curate a collection of essays from a group of theologian-experts with a high view of scripture who address issues of same-sex attraction, celibacy, trans-sexuality, and related issues.

IVP Academic has asked me to submit a proposal for a book based on my dissertation about first-century Ephesus and Artemis, their primary goddess. She was a goddess of midwifery, and we read about her influence on that city in the Book of Acts. After the apostle Paul left Ephesus, he left his protégé Timothy there to correct some false doctrine. I have a hunch her cult affected phrases Paul wrote to Timothy (see 1 and 2 Timothy) that have confounded scholars for years—phrases about women keeping silent in church and about being saved through childbearing. If only I had a deadline for sending that proposal, I could get it done faster….

← The Luck o’ the Irish!
Happy Birthday to Devyn’s Dilemma! →