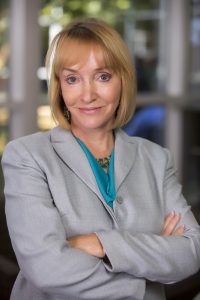 Debra Coleman Jeter’s first novel, The Ticket, was a finalist for a Selah Award. She is a co-writer of the screenplay for Jess + Moss, a feature film which premiered at the Sundance Film Festival, screened at nearly forty film festivals around the world, and captured several international awards. She is a Professor Emerita at Vanderbilt University.

A deeply committed young man falls in love with the beautiful but troubled Acadia, who knows herself too selfish, too sinful, and too skeptical in her faith to marry a preacher.

Song of Sugar Sands recounts Acadia’s struggle to come to terms with issues of faith, while also telling the story of Peter and Acadia’s falling in love and the traumatic first year of their marriage. When one of her students attempts suicide after confiding her problems in Acadia, Acadia almost quits. Can she find what she needs to keep on trying, or has she made too many mistakes already?

What inspired you to write Song of Sugar Sands?

I’ve always believed in the axiom, If you don’t give up on God, he won’t give up on you. Yet, who hasn’t—at least occasionally—struggled with doubts about her faith in God or about God’s personal interest in her life? Add to this internal conflict a lack of self-esteem and the complication of falling in love with a committed, irresistible man who wants to share his faith with the world. There you have my protagonists, Acadia Powers and Peter O’Neil.

Acadia Powers nearly lost her faith at an early age due to what she saw as the hypocrisy of her parents’ generation. In college—where the novel begins—she meets and falls in love with Peter O’Neil, who is fervent in his faith and wants to share the good news with the world. Despite serious doubts about her ability to survive as a preacher’s wife, Acadia finally agrees to marry Peter. The two embark with high hopes on a new life in Sugar Sands, Alabama.

I bounce around. If you saw my list of favorite books, you’d see that I love everything from literary fiction to young adult, from Southern Gothic to science-fiction. So, it is no surprise that it’s hard for me to settle on one genre. My goal is to somehow manage to embrace elements of all of them in a single work someday. I’ve always believed there’s a need for Christian writers who write for non-Christian audiences (as well as for Christian readers). Although my books have Christian publishers, I would love for them to cross over to broader audiences.

I like to shake up views on topics I believe important. For example, in my first novel, The Ticket, I wanted to shake up our views on wealth and its importance, or lack thereof, relative to the amount of time and energy devoted to its pursuit.

Acadia Powers. “Powers” comes from the idea that she eventually finds the power she needs, not entirely from within herself, but also from a higher source. “Acadia” comes from the poem Evangeline by Henry W. Longfellow.

Promoting my work is the hardest part for me. I’m naturally shy and not good at putting myself out there for fear of rejection or failure.

I love writing the most on those days when the sentences just flow, when I feel as if the words are already there, just waiting for me to put them down. For a brief time, when this happens, I have confidence that I’m actually meant to be a writer and not just deluding myself.

I love to be in or near the water. I’m not a good swimmer, but I love to boogie board, jet ski or water ski, and snorkel. To relax, I like to soak in a bubble bath, or float on my back in the ocean or swimming pool if I’m lucky enough to be around one.

I’ve quit thinking about what’s likely to sell. As a professor in a school of business, we often say that most of us can’t beat the stock market. It’s generally better to buy and hold onto your investments over the long-run rather than try to time the market. Nonetheless, I’ve attempted on occasion to time the market by investing when I think it’s about to go up or pulling an investment out when I think it’s about to go down. I’m usually wrong. I’ve learned the same lesson with respect to writing. If I try to anticipate what the market is ready for, the market will have shifted (or been bombarded with pitches) by the time I could write the novel. Once I decided to write from the heart on topics that I cared deeply about, I became a better, more honest writer.

Reading or listening to audio books

“Pshaw, It’s Me Grandson”: Tales of a Young Actor (narrative nonfiction); Joy After Noon (Sugar Sands Book One); and The Ticket.

Mainstream is a family suspense drama about three young couples, all living in Sugar Sands, whose five-year-old daughters disappear one August afternoon from a birthday party. Each of the couples wrestles with its own set of issues leading up to the disappearance. Told from the point of view of the three wives (Barbara, Randa, and Joella) and one of the daughters, Mainstream finds each couple at a pivotal point in relationships and career choices when the disappearance occurs.