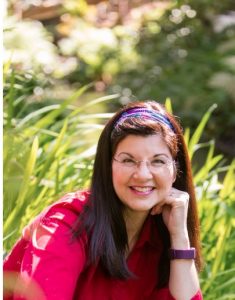 For the Christian Authors Network (CAN) Scavenger Hunt, I have the privilege of interviewing my friend and fellow CAN board member and president (I’m the v.p.), Angela Breidenbach. She’s the author of several historical fiction books, just like me. I hope you enjoy “meeting” her.

Susan: Angela, you’ve written quite a few short romances about true Montana history. Do you have a favorite so far?

Angela: Bitterroot Bride is one of my favorite stories I’ve written so far. There are so many parallels to my own life.

S: What kind of parallels?

A: The main character, Emmalee Warren, doesn’t know how to read as an adult. I learned to read at 4 years old. But I didn’t learn how to read people, as in social cues and connectivity, until I was an adult. So Miss Emmie is battling a sense of illiteracy and I was battling that same feeling, but in communication. Both of us do everything possible to learn how to “read” and put every ounce of our being into it as young adults. Now, 30 years later, I hope we both are fluent 😉

A: I love learning true history through novels. When a fictional character is set in a real place, time, and life (or lives) of true history the story comes to life. So I research the settings, factual events, and people. Then I figure out what isn’t said. It’s in that gray area that I can squeeze my heroine and hero into story line. For instance, in the 3 books that come before Bitterroot Bride all are set in Helena, MT, in historically accurate iconic buildings with historically accurate people in the lives of my characters. But those people had a lot of employees and friends that weren’t named. So my characters became those employees and/or friends.

S: Then Bitterroot Bride is the 4th in this series? Are they all stand alone stories or do you have to read them in sequence?

A: That’s a great question! Bitterroot Bride is the 4th, but no you don’t have to read them all in order. Soon, I’m going to put them all together in one collection.

S: Tell us how it works for this series and where Bitterroot Bride comes into the history of Montana.

A: All the books are romance novellas that range 20-40K words. So they’re quick reads. It all started with Calista in The Debutante Queen and its placement into Snowflake Tiara as a two-in-one set in 1889-90 when Montana becomes a state. The Debutante Queen has been in a couple of very popular collections since then, and sold thousands and thousands of copies. Then Eleven Pipers Piping takes up where that left off in 1890-91—the newsies (reader favorites) are street children selling papers to stay alive. Still staying in the historical romance genre, Mirielle fights to help the street urchins get an education rather than be sent to military school or indenture. After that comes Taking the Plunge set in the Broadwater Natatorium in 1892-3 with our heroine, Delphina, who introduces synchronized swimming (but it was called scientific and ornamental swimming back then). And last is Bitterroot Bride set in 1894-5 where we meet Emmalee Warren, a reformed prostitute, who is not only abused and misunderstood but trying to find a way of life in a very judgmental world after being widowed.

Ultimately each book continues the story of Montana, reminiscent of the Centennial saga series from a few decades ago, even though these 4 books came out in a variety of ways from two-in-one to ten-in-one to ebook/audiobook versions. Characters from the previous stories do cameos in the next books, but they’re done in such a way that it won’t cause confusion. However, if you have read the earlier stories, then you’ll have a fun reunion with those cameo appearances 🙂

Each romance is now individually available in case a reader already read one in a collection, now they can pick up the others to fill out their experience. The 1st three are also already in audio and the 4th (Bitterroot Bride) is in production.

S: Tell us why you chose to write this story and series.

A: I love Montana, its history, and storytelling. But often history is a bit dry to learn. By enjoying a romance, I can share both true history and storytelling, but I can also include a Christ-centered, clean fiction experience for my readers. (Did you catch the clue? Christ-centered is my phrase for the CAN Scavenger Hunt sentence.)

S: How do we find you and your books? And, the next stop on the CAN Scavenger Hunt Tour?

A: Thank you for having me, Susan! My website is: http://AngelaBreidenbach.com

Please pop over and meet our next guest on the tour, Peggy Sue Wells! She’ll be on my blog. Here it is:  http://angelabreidenbach.com/can-scavenger-hunt/

← Intergenerational Relationships
Give Your Child the World (A Book Review) →