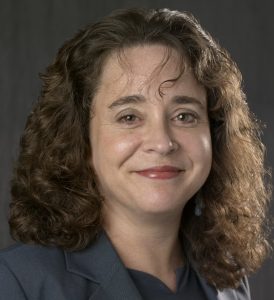 All Saints (Bethany House Publishers) is the inspiring true story of Karen Christian war refugees from Myanmar, a dying Tennessee church, and the miracle God wrought in bringing them together. The book accompanies the Sony Affirm movie by the same name, which released nationwide August 25th. The story centers on newly-ordained Rev. Michael Spurlock (played by John Corbett in movie), whose first assignment was to pastor a Smyrna, TN, congregation of less than twenty-five remaining attendance while negotiating the sale of land and closing of church in order to pay off a crushing mortgage debt of almost a million dollars. Enter 75 Karen war refugees, mostly farmers in their own country, seeking a new start in America. What could one insolvent church about to close its own doors possibly do to help? Then God gently reminded Michael he’d not only provided All Saints with land, but just sent them experienced farmers. The ensuing quest to save All Saints and help the Karen holds all the drama, outright miracles, and roller-coaster ups and downs any action plot could ask for. In the end, it was not All Saints that helped the Karen nor the Karen who saved a dying church, but the coming together of the body of Christ from opposite sides of the planet into one community under God that became the salvation of both and the true ultimate miracle of All Saints.

Why this particular story?

As a missionary kid growing up on the mission field in Colombia, I read the biography of Adoniram Judson, the first overseas missionary from North America, whose first Christian converts were in turn the Karen people of Myanmar (then Burma). I had followed the story of the Karen, from their courageous role in fighting for the Allies during WW2 to the genocide unleased on them when Japan’s puppet regime took control after the Allies pulled out, as well as their stubborn war of resistance and refusal to renounce their Christian faith. By the 1990s, an estimated half-million were displaced or living in refugee camps, mostly in Thailand. When I received a call from Bethany House Publishers, asking me to write the story of Rev. Michael Spurlock, All Saints, and a group of Karen Christian refugees now living in the United States, I was delighted and excited to investigate and write this story.

What I ended up discovering was far more than a simple story of refugees receiving a welcome by a Tennessee church. The stories of Ye Win, Father Bu Christ, and other Karen, the miraculous workings of God, even through tragedy and loss, in ways too implausible for any fiction plot, and the coming together of a community of faith that continues to impact lives to this day deeply touched my own heart and life. What I found also inspiring and exciting is going back to North America’s first overseas missionary Adoniram Judson, whose ministry brought the Gospel of Jesus Christ to the Karen. A ministry that has come full-circle with the Karen coming to North America and blessing our nation in turn with their faith and testimony of courage and steadfastness under brutal persecution.

In truth, I have written in a wide gamut of genres, fiction from YA and teen to adult international suspense, non-fiction biography, as well as curriculum and how-to along with almost thirty years as a missions journalist. If there is one common element, it is telling the story of God’s people and God’s working around the planet, whether in non-fiction or fiction format. My latest title, All Saints, is a good example of such a story.

I write because I am a story teller. We serve a wildly creative God who painted the skies and flowers, put music in the bird’s song and rivers, created universes of places and peoples. And just as God gave artists and musicians the ability to create with color and sound, so a story-teller’s ability to create worlds and characters and drama of their own imagining is a small reflection of God’s own creative powers, one of the ways we were made in His image. God created me to be a story teller, and I simply can’t not do so, whether it is in the form of fiction or non-fiction. Even when I am writing fiction, I am still telling the stories of true-life peoples and places and issues, and I love the feedback I get from readers who say they now understand the news and international issues after having read one of my books.

Writing and marketing are for most authors the most difficult, though for very different reasons. Getting the story itself down on paper (or computer screen) is a hair-tearing, heart-yanking, exhausting outpouring of spiritual, emotional, and creative energy. It is eminently worthwhile, but the hardest work I will ever do. Once the story is birthed, I personally enjoy the editing process, going back and working through each scene, polishing it up, cutting, adding, tweaking until I am sure every sentence says exactly what I want to convey, is both enjoyable and eminently satisfying.

But then comes that awful word “marketing”. I am a typical writer in that I’d rather stay holed up in my cave (figuratively) writing my next book than mess with marketing and publicity.

The best aspect of writing is definitely receiving that positive feedback from readers who are loving the story and characters you’ve spent so many countless hours creating. Even more so, who’ve been touched spiritually by the message of the book.

What is the craziest thing you’ve experienced as an author?

The crazy moments of my life haven’t been particularly connected to being an author. But one experience that stands out as a little crazy was a book-signing at the International Christian Retail Show (then CBA) for my second adult international suspense novel, The DMZ, a Tom Clancy-length tome set in the Colombian guerrilla zones where I grew up. As I sat signing, a tall, larger-than-life man with a huge Stetson cowboy hat breezed up the line, loudly announcing with a pronounced southern drawl, “You all got to get this book! It is just so exciting!” Etc. Meanwhile, my editor is alerting me quietly that the hurricane approaching is a major book buyer. The man stops in front of me. Have I mentioned I’m only 5’ 1”? He looks down at me, and without dropping his voice one decibel announces, “Okay, little lady, before you sign me a copy, I’ve got just one question I’ve been wanting to ask.” His gaze sweeps me up and down. “How is it that such a teeny-weeny little lady can write such a great big, fat, scary book?” Unsure whether to feel insulted or complimented, I swallowed, reminded myself of my editor’s heads-up as to the Stetson-wearer’s VIP status, then let my sense of humor get the best of me as I murmured demurely, “Well, you see, I’ve never really considered that the size of my body was in any way related to the size of my brain.” He blinked, took the autographed copy, and as I was informed later, did order a good quantity of the book.

Exploring new places on the planet God has permitted me to visit, generally in conjunction with a ministry trip. Most recently, that has included Kenya’s Rift Valley, the Ashkenazi pueblo villages of southwestern Colorado, an elephant reserve in Sri Lanka, and the beauty of rural Ireland. That includes trying new foods and life experiences (still holding out on sky-diving, but have tucked hurricane and earthquake under my belt). And of course, reading good books.

I have both adult fiction, including the award-winning Afghanistan titles Veiled Freedom/Freedom’s Stand (Tyndale House) and non-fiction such as Forgiven: The Amish School Shooting, a Mother’s Love, and a Story of Remarkable Grace (Bethany House Publishers) as well as the YA mystery series Parker Twins Adventures. Easiest overview is just to check out my Author Page on Amazon.

I am writing another exciting true story, the sequel to Inside Afghanistan, which was the story of John Weaver, the last Christian aid worker remaining in Afghanistan during the November, 2001, invasion (https://www.amazon.com/dp/B007FZOWLG/ref=dp-kindle-redirect?_encoding=UTF8&btkr=1) Najiba: A Love Story from Afghanistan, release date early 2018, tells the inspiring story of what God has done through John and his family since liberation.