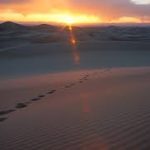 The more I researched and wrote about young adults of the 19th century, the more I realized how different they were from our young adults today. Yes, they did have similar dreams of marriage, family, success, and the like. But they launched into adulthood very differently.

Back then, parents often chose a spouse for their child, flirting and dating was frowned upon, and sex outside of marriage was rare and scandalous. Long engagements and simple church or at-home weddings were common, and divorce was nearly non-existent.

Once the young adult left home, usually still a teen, he or she was considered to be fully an adult and was expected to be responsible, independent, and mature—even if he or she lived in the family’s home or on their land, and regardless of whether they struggled financially or relationally. There was no safety net, and when they immigrated, moved west, or left their hometown to make a new life, as they often did back then, they might never see their family for the rest of their lives! With technology and transportation, I’m glad it’s different today.

In today’s world, whether because of economic situations, school debt, or career changes (to name just a few) young adults often return home for a season or stay at home well into their 20s. We call them the boomerang generation, and it’s become a part of our culture.

Unfortunately, some young adults get too comfortable with such convenience, and they stay “children” under their parent’s roof way too long. They get stuck in a kind of Peter Pan syndrome, and they fail to launch and become healthy, responsible, and independent adults.

Though it’s not easy to require young adults to act their age and become responsible human beings, it’s really an act of love and benefits not only the parent and child but also helps society as a whole. We help to create a society of independent, confident, productive, and capable people who impact their generation and the generations to come.

As I researched the mid-1800s family dynamics of launching adult children, I have come to think that, although difficult, their way might have been the better way, hard though it was. And though I don’t envy the difficulties they endured and things they suffered, I do appreciate their intentional decision to raise responsible adults who left us a legacy of hope and promise.

What do you think? If you could live in any decade of history, what span of time would you like to live in? I’d like to know!