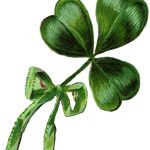 According to the 2008 U.S. Census Bureau, about 56.7 million Americans say they have an Irish heritage. That’s nearly 12 percent of the U.S. population, and many Irish still retain a sense of their Irish heritage, including me. I love tea, Celtic music, step dancing, and the color green.

When Irish immigrants came to the U.S. and Canada, they weren’t looking for a handout. They were looking for hope and a future for them and their children, a topic I cover in depth in my upcoming novel. These immigrants took many of the menial jobs, everything from farming to hard labor to domestic work. And in large cities, the Irish are known for being at the top of the public service sector, especially law enforcement, teaching, and firefighting.

The Irish have contributed to the American culture in so many ways: literature, film, art, politics, law, medicine, and sports, just to name a few. Irish-Americans you’d know are Walt Disney, Judy Garland, Pierce Brosnan, and Presidents such as Kennedy, Reagan, Andrew Jackson, and over a dozen others.

So why am I sharing this with you? Because, whether you have Irish heritage or not, you do have a heritage—traditions, beliefs, and achievements that are a part of your history. Your heritage has laid a foundation for you, whether you are conscious of it or not. Exploring that heritage will enrich your life, if you take the time to do so.

For me, my Irish heritage runs deep, but I forgot about a lot of it in the busyness of living life. It was everything Irish in my childhood home, and the color green was prominent. I learned a strong work ethic and my Irishness became a part of me.

So when I started researching about Ireland and the Irish for my novel, The Fabric of Hope: An Irish Family Legacy, I realized that my Irish heritage, in a large part, made me who I am today. I assessed all of it—the good, the bad, and the ugly—and embraced once again the “Irishness” of my heritage. I am proud to be Irish!

What foundations of heritage have been laid for you? I’d love to know!